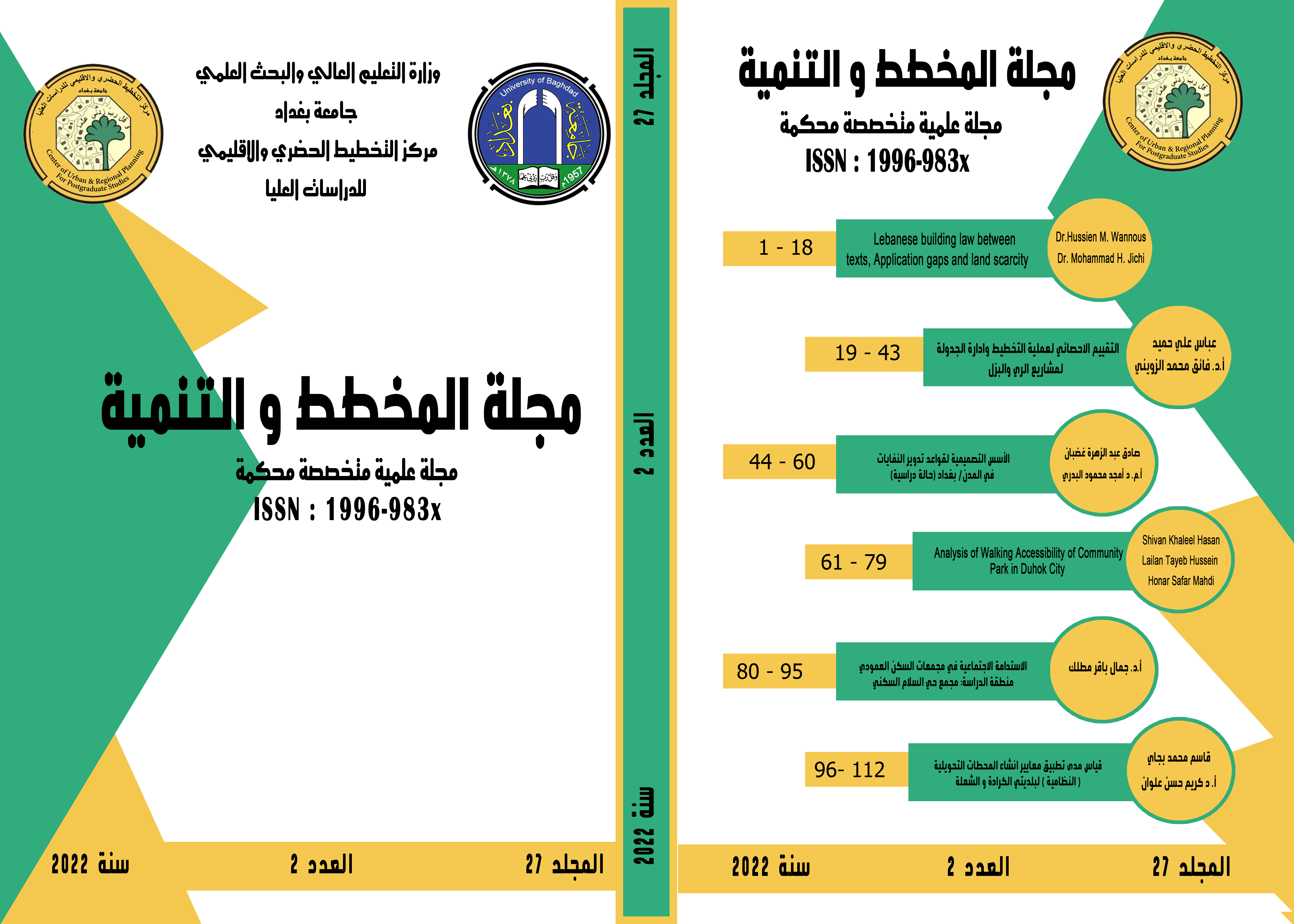 Research studies show that urban green spaces promote physical activity, the health of urban residents, and psychological well-being. Taking the community park in Duhok city as the research object, the spatial service area in terms of accessibility of to the Community Park under the mode of pedestrian transportation is analyzed by using the network analysis service area function of the geographic information system (GIS). The results show that under the walking mode in the research area, Parks are concentrated in the north and south of the city, but community parks are few in disadvantaged neighborhoods. In addition, there is a significant disparity between the number of community parks and the number of communities. Only 11 communities have walking access to a community park, whereas roughly 31 neighborhoods could not access. However, the network study results show that there is no pedestrian access to Azadi Park because it is positioned in the center of the roads. Finally, because of the community park's undesirable location, overall accessibility is poor, and space accessibility is low. The distribution of parks does not correspond to accessibility requirements. Furthermore, as the number of people increases, the present urban park green space cannot fulfill the demands of all urban residents. The findings of the study suggest that GIS network analysis might be used to improve the spatial design and layout of community parks in Duhok city to be more sustainable.