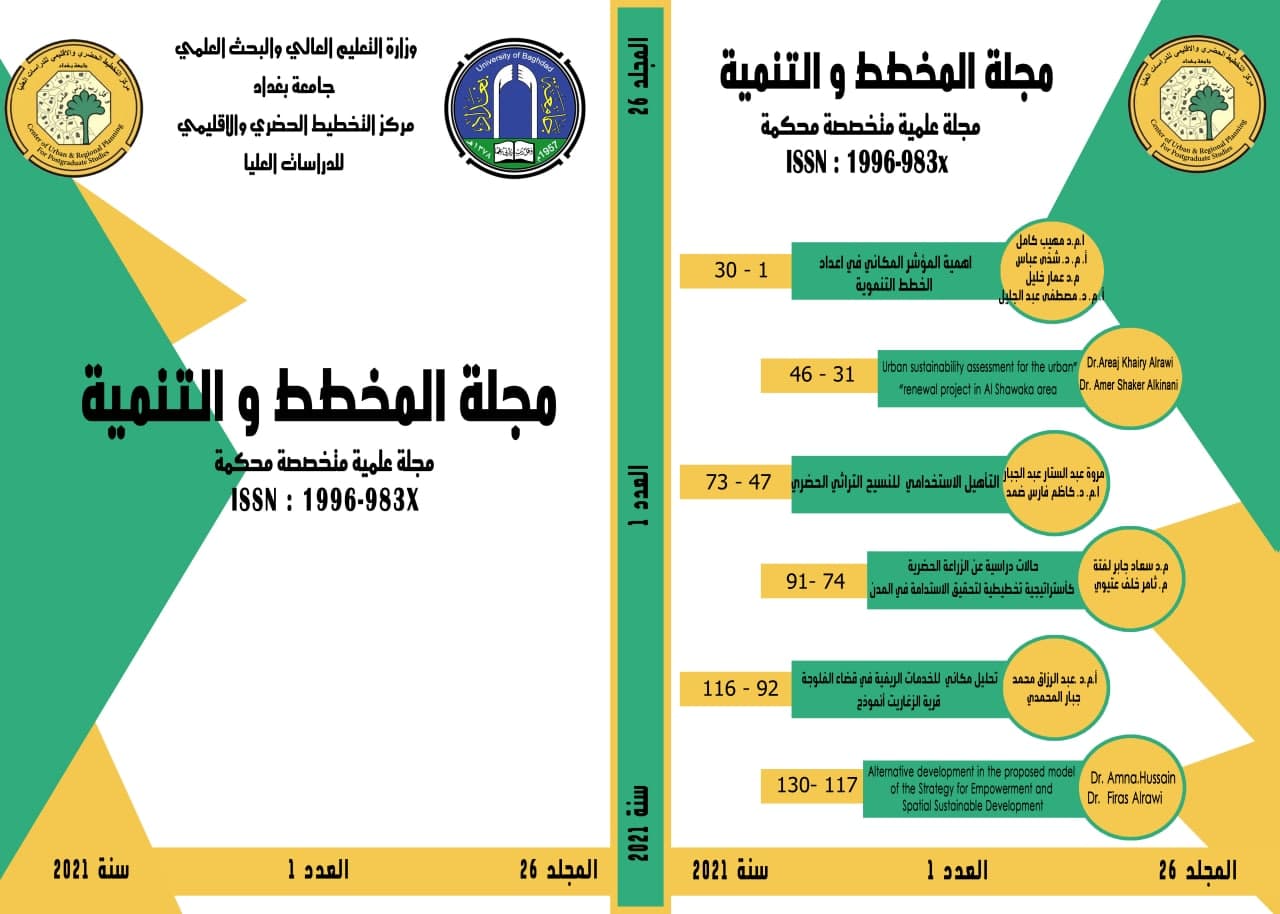 Sustainability is a major demand and need pursued by cities in all areas of life due to the environmental, social and economic gains they provide, especially in the field of city planning and urban renewal projects that aim to integrate the past, present and future.

The research aims to evaluate the Haifa Street renewal project, and Al-Shawaka district, one of the Baghdad districts located next to Al-Karkh, was elected by comparing the sustainability indicators of urban renewal with the reality of the situation through a field survey and questionnaire form and focusing on the social and economic impacts and environmental for the project on the study area. To reach the most important conclusions and recommendations that must be adopted in the renewal projects to reach sustainability.


The research reached the most important conclusions, represented by weakness Urban interconnectedness of a region Study by social isolation  resulting from social inequality and economical for community groups between the traditional region of the region  Al Shawaka and the Haifa Street housing project enhanced the spatial alienation of the study area community. Here, two important elements of urban sustainability are weakened, which are the social and economic aspect. Likewise,

the presence of a kind of intercalation of the urban fabric with new forms according to technological techniques led to a dispersion in the awareness of the recipient living in the region and reinforced his feeling of alienation and thus strengthened the social dependence of the old region from its new surroundings.

According to the data of the descriptive analysis of the city, the research concludes that there is an urban disconnection in the general landscape of the study area, and this discontinuity strengthened the isolation of the study area due to the development projects of the area. The research recommends to adhere to the dimensions of sustainability in urban renewal projects to reach a state of balance between the traditional area and the new area through community participation in planning decisions.

University of Baghdad - Center for Urban and Regional Planning for Graduate Studies.

University of Baghdad - Center for Urban and Regional Planning for Graduate Studies.